My installation was chosen to be a part of this year's Downtown Toledo Scavenger Hunt for Momentum Toledo 2020.

You can find it on the windows of the main entrance of the Trinity Episcopal Church.

The purpose of this installation was three fold:

The Women and their History:

Raised in Toledo and graduate from UT. She is a Newbury Award winning YA author whose books include "Roll of Thunder, Hear Me Cry", "Song of the Trees" and many more...

Raised in Toledo, Ohio, she was an environmentalist and environmental activist and was co-founder of Earth Day. She was a member or advisor for more than forty organizations spanning more than 57 years.

Born in Toledo, she would represent the USA in the 1920 Summer Olympics to win the gold medal in the 4x100-meter freestyle relay.

An American singer-songwriter. She is regarded as one of the most popular singers of soulful romantic ballads during the height of the quiet storm period of contemporary R&B in the 1980s. She was born on January 26, 1958, in Toledo, Ohio.

Born in Adrian, Michigan in 1847, her family would make Toledo their home and raise 8 kids all while writing poetry for many of the leading publications of the time. She was an active philanthropist, educator and activist helping charter the first women's insurance and benevolent society in the United States.

Born in Toledo, Ohio, she began her career as a model and made her film debut in a minor role as one of the cover girls in the 1944 Columbia Pictures production of Cover Girl. During World War II, she was one of a number of actresses who became a pin-up girl, appearing in the October 27, 1944, issue of the United States Military's YANK magazine.

An American sprinter. She competed in the women's 100 metres at the 1976 Summer Olympics. Morehead qualified for the 1980 U.S. Olympic team but was unable to compete due to the 1980 Summer Olympics boycott. She did however receive one of 461 Congressional Gold Medals created especially for the spurned athletes.

One of the first African-American female pharmacists in the United States. In 1922, she and her husband decided to move to Toledo, Ohio to open Stewarts' Pharmacy, located at the corner of Indiana and City Park Avenues (566 Indiana Avenue), and operated it until 1945, when they sold the business. Located in Toledo's Pinewood district, where some two thirds of the city's African Americans lived by the end of the 1920s, the pharmacy became a popular neighborhood gathering place. The Stewarts, who owned the building and lived in the spacious eight rooms above the pharmacy, often hosted visitors from out of town, including luminaries such as Marian Anderson, Mary McLeod Bethune, and W. E. B. Du Bois.

Born Constance Henrietta Mierzwiak in Toledo, Ohio (November 30, 1949 - January 14, 1995), she was a rock singer and recording artist who attained national prominence in the 1970s and 1980s, including for her work with Black Oak Arkansas.Starr began performing at the age of nine, singing country music under the stage name Connie Little. Her early bands included Connie and the Blu-Beats, The Downtowners and the Blue Grange Ramblers.

Born in Toledo, Ohio, she was an African-American poet, writer, and dramatist associated with the Black Arts Movement. Evans received grants and awards including a lifetime achievement award from the Indianapolis Public Library Foundation. She also wrote nonfiction and edited Black Women Writers (1950–1980): A Critical Evaluation (Doubleday, 1984), an important and timely critical anthology.

Worked for 58 years as a journalist, writing a weekly column for the Toledo Blade. She continued to work full-time (mostly writing obituaries) until a few months before her death. She will always be remembered as an author of children's books. She wrote some of the earliest Nancy Drew mysteries and created the detective's adventurous personality. Benson wrote under the Stratemeyer Syndicate pen name, Carolyn Keene, from 1929 to 1947 and contributed to 23 of the first 30 Nancy Drew mysteries.

Born on March 25, 1934, in Toledo, Ohio, she is an American feminist, journalist, and social political activist who became nationally recognized as a leader and a spokeswoman for the American feminist movement in the late 1960s and early 1970s. She was a columnist for New York magazine, and a co-founder of Ms. magazine. In 1969, Steinem published an article, "After Black Power, Women's Liberation", which brought her to national fame as a feminist leader. She co-founded the Women's Media Center, an organization that "works to make women visible and powerful in the media". 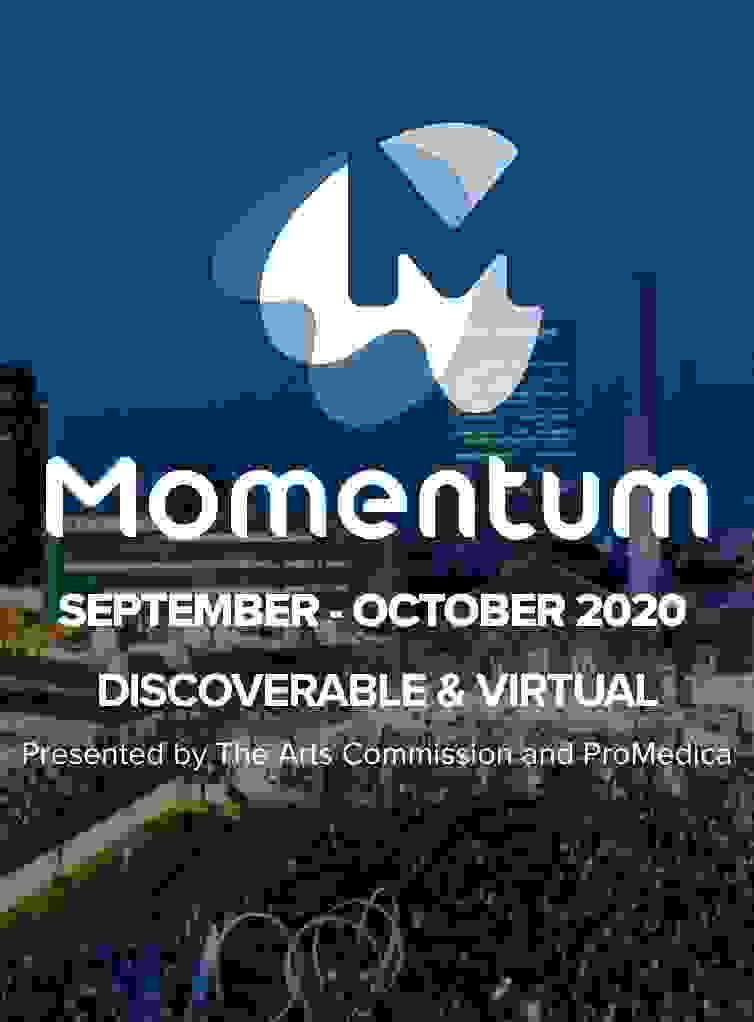 Momentum will be shifting to a combination of virtual and discoverable elements to safely engage attendees in arts and culture experiences in response to COVID-19 and restricted public gathering.

Momentum activity will kick off on September 17 online!